Movie Review: Of Angels and Demons 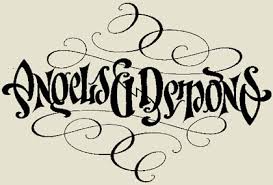 I have just seen Angels and Demons in the theater. It is the movie adaptation of Dan Brown’s bestselling Angels and Demons, the prequel to another hit, The Da Vinci Code. I have also read the book and have reread it to check the adaptation’s accuracy. There are numerous changes, some small details but the others are quite big. I stopped counting when I reached 20.

Baler is a movie about the fall of the Spanish soldiers occupying the area. It is also a love story between a provincial lass and a Guardia Civil. Set in the province of Baler, Aurora just before Spain surrendered.

It was packaged as a movie about Philippine Revolution, but fails to be such. Baler had an identity crisis and wasn’t sure who the real heroes are of the particular battle.

Technically, the movie has great cinematography except for one scene, Anne Curtis’ was reading a letter from her beau. The editing could’ve been better. The scenes are abruptly cut short and the focus shifted to another back story.

However, the story itself is problematic. It seems to enshrine as heroes the Guardia Civil locked up in the church instead of the Katipuneros who laid the siege. The story, it was told, was based on a Spanish officer’s diary account, so the bias is definietely there.

The movie failed to give something new, it even failed to accurately depict the Katipuneros. They were shown as very emotional people, who have a one-track mind and a proud swagger. Phillip Salvador’s character is so shallow. Of course, Filipinos were outraged by Spanish soldier’s atrocities, but they joined the revolution for perfectly legitimate and justified reasons, not just purely personal ones.

And while the Katipuneros are being shown as stereotypical goons, with long, unkempt hair and wild eyes, the Spanish soldiers are promoted as heroes for lasting a year long siege.

The movie was geared as a love story, sadly, all the movie achieved is be an apologist for the church and spain.

When Blood Isn’t Thicker Than Water

Last Monday, 18 May, the rebel priest Conrado Balweg’s alleged executioner was accosted, together with his wife in Baguio and taken to police custody. He is his own brother, Jovencio Balweg.

Ideological differences, more than personal, play the decisive role in this divergence of paths

How do you Perpetuate Ignorance and Poverty

Customs Undersecretary Espele Sales seems to know the very answer to this question.

At it all started with Twilight.

I am sure almost everyone knows the story behind this. But I am going to tell anyway. Stephanie Meyer’s Twilight attracted a lot of readers, so the book’s importer decided to order more books to meet the rising demand. However, Twilight’s success attracted a few personas of not really wholesome characters, namely the customs officials, especially Usec. Espele Sales. In a bid to squeeze (a lot of ) money out of this bestseller, “when an examiner named Rene Agulan opened a shipment of books, he demanded that duty be paid on it” which the Horrorable Usec did not find inconsistent at all with other previous (decades-ago) book importations.

This runs counter to the “Florence Agreement, a U.N. treaty that was signed by the Philippines in 1952, guaranteeing the free flow of ‘educational, scientific, and cultural materials’ between countries and declaring that imported books should be duty-free” as well as “Philippine law RA 8047, providing for ‘the tax and duty-free importation of books or raw materials to be used in book publishing.”

“Customs Undersecretary Espele Sales explained the government’s position to a group of frustrated booksellers and importers in an Orwellian PowerPoint presentation, at which she reinterpreted the Florence Agreement as well as Philippine law RA 8047, providing for “the tax and duty-free importation of books or raw materials to be used in book publishing.” For lack of a comma after the word “books,” the undersecretary argued that only books “used in book publishing” (her underlining) were tax-exempt.

“What kind of book is that?” one publisher asked me afterward. “A book used in book publishing.” And she laughed ruefully.”

Quoted from the text

Can you believe this *@#$%&? As the saying goes, the one-eyed man is king in the kingdom of the blind.

This is the stuff that horror books are made of. Undersecretary Sales and Examiner Agulan,  you should be ashamed of yourselves.  Good books are already very hard to procure in the Philippines, not so much with where they are sold, but their prices.  Even locally published books are pricey. This alone already makes good books almost exclusive for the rich and the moneyed, discriminating against Filipinos who haven’t got a cent to spare. Filipinos who would like to enrich their lives and climb out of the hell-hole of poverty couldn’t do so because education, by conventional  schooling or self-studying has become a privilege. And now, no thanks to the greedy customs officials who behave more like goons after the gold, they made learning even more obsolete.